Who installed the Fake Smoke & Piping Delivery System at the World Trade Center before 9/11? by Phil Jayhan & Larry McWilliams

The question here isn't "if" there was a fake smoke system employed at WTC on 9/11, but rather who it was that installed it, as the system itself is fully visible and in plain sight, is an acre long in space, and is belching out thick black smoke from the right side of each pipe, which are located between each window, on what we believe is the 94th floor on the North Tower. ​
This picture was shot by Richard Drew, an AP photographer; His picture is still being displayed here, at the LA times for those who doubt its authenticity. [See image here at the LA times] Also displayed below, hotlinked from the LA times server; The picture below is a higher resolution, 179k. Please carefully examine the picture below, concentrating directly under the smoke/fire line. You will see there is a symetrical piping system which has been installed on the exterior of the east face of the North Tower, along the entire floor. You will also notice when enlarging it and or looking at it through a magnifying glass, that each pipe is belching out a thick black smoke. And that above this piping system are 6 foot tall propane firesticks or candlesticks, painted red, and hidden right behind each column, all along the entire 94th floor. Also please disregard and ignore the jumper and people in this picture, as I believe they were added to the picture as a distraction from this reconfiguration of the exterior facade at world trade center 1.

This picture above is cropped and sideways; And the one below the objects are obviously circled; ​
This is one of those types of discoveries which cuts to the bone real quick. Marsh McLennan USA was alleged to have been occupying these floors in the North Tower. Marsh USA occupied floors 92 or 93-100 we were told. (Some sources claim floors 92-100, while others claim 93-100) Did Marsh Mclennan USA install this fake smoke and piping delivery system on one of their floors? I ask this tongue in cheek, because from the diagram and pictures below you will see that Marsh Mclennan USA was never an occupant of the World Trade Center, as the floors they allegedly occupied are missing and were never built. For a larger overview see this picture below and you can clearly see that floors 92-100 are an are of the World Trade Center absolutely devoid of any floors. And in this picture below, taken in 1978, we can als clearly see that the floors where Marsh Mclennan allegedly occupied being conspicuously absent. Thanks goes to Clive for finding this awesome picture of the Hollow Towers! ​
One can see after examing the piping system that there are two different configurations of this piping system. The one on the left and right are the same with an apparent change in configuration in the center windows. And since it can be clearly seen to be belching out a thick black smoke, there can be no doubt as to what exactly this system is or was designed to do, especially when combined with the 6 foot tall propane firesticks or candlesticks perched in each windows opening. (Many of these firesticks have apparently run out of fuel or have been turned off)

​
Whenever making a discovery of this magnitude, it often creates more questions then it answers. What was Marsh Mclennan USA? Who ran this mighty U.S. Corporation, at the absolute top of the Financial food chain?


Now theres a name which has never been mentioned with regards to WTC ownership. Until now, it has always been Silverstein, Silverstein, Silverstein. Well there was a partner and there were reasons why his name was never part of the cover story. His name is Frank Lowy and he was CEA of Westfield Corp at the time. Frank Lowies name will also become pivotal in understanding just how they might have handled the concourse tenants and their stealthy pre-911 departure from the towers.


Later we also see General Myers coming to sit on the very Corporate Board of AON Corp as a Director. AON was also another of the corporations alleged to have suffered huge casulaties on 9/11.

Lets take a deeper look at some of the close connections between the U.S. Military and the Bush Administration, to Marsh Mclennan USA.
Quote:


To see the intimacy of this relationship between Military, Government and Corporate fraud on 9/11 at WTC, examine this link here; Oddly enough, these 3 companies also all had something else in common. They all occupied floors at the world trade center which were never built and did not exist on 9/11.

Even more odd, is that AON, Marsh and Cantor shared one other thing in common. All of their alleged employee's bodies were conspicuously absent from the debris pile, as were their desks, chairs, phones, computers and monitors. Which when combined with the fact that they occupied floors which did not exist, makes it fairly easy to summarize that they were all fraudulent victims.

But back to the smoke and piping system installed at what we believe is the 94th floor. All we can say is that it is there. It is observable. And it is belching out thick black fake smoke. A mighty stage prop an acre long and 1200 feet high, on the world largest stage ever made by man, the world trade center in Manhattan. This should erase whatever doubts remained in anyones minds that 911 was indeed a colossal hoax.

I had made a copy from friend's video on FB. 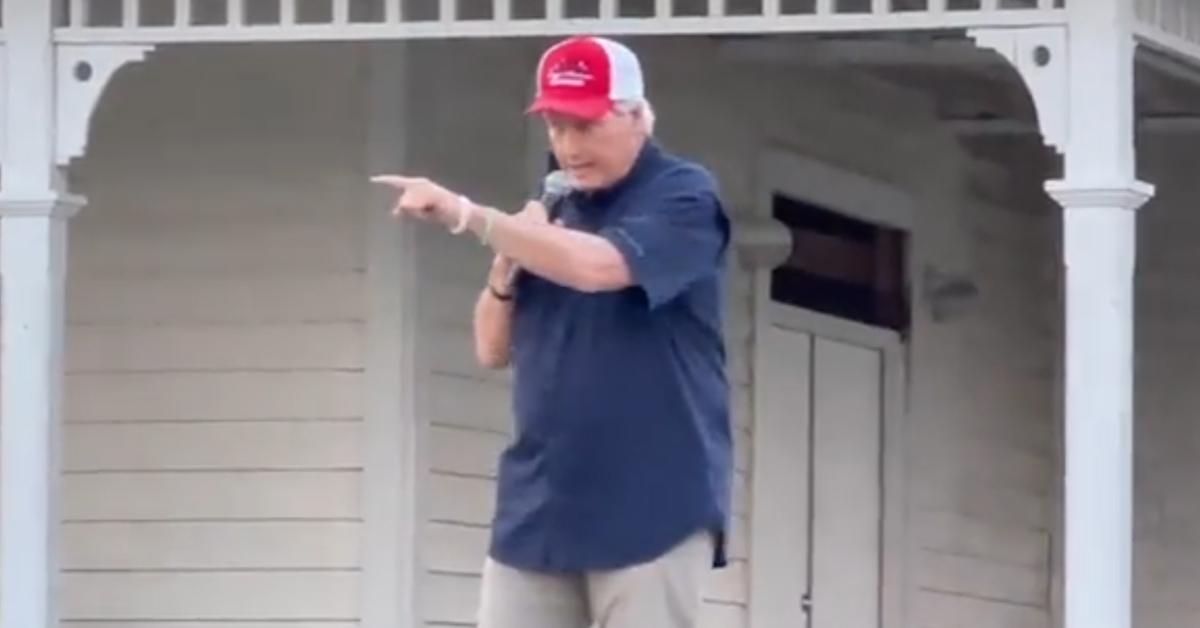 MAGA Attorney Lin Wood Tells Silent Crowd That 9/11 Was a Cover-Up Involving CGI and Missiles: ‘We Got Played’

It's kind of hard to figure how this was a "rally" as Lin Wood harangues a quiet crowd with his weird CGI-based 9/11 conspiracy theory.

Larry Silverstein had to go see his dermatologist doctor that morning.
P

Richard Grove worked for Marsh and McLennan was was supposed to be on one of those floors that day. He has a pretty extensive interview with James Corbett and others about it as well as his ongoing podcast. Grove doesn't sound like a crisis actor to me at all - 100% authentic.
R

PDXLibertarian said:
Richard Grove worked for Marsh and McLennan was was supposed to be on one of those floors that day. He has a pretty extensive interview with James Corbett and others about it as well as his ongoing podcast. Grove doesn't sound like a crisis actor to me at all - 100% authentic.
Click to expand...

Not everyone was a vicsim that day. I do, however, believe many who were on the ground around the buildings that day were actors playing up the chaos, panic, and general discussion about what was occurring.